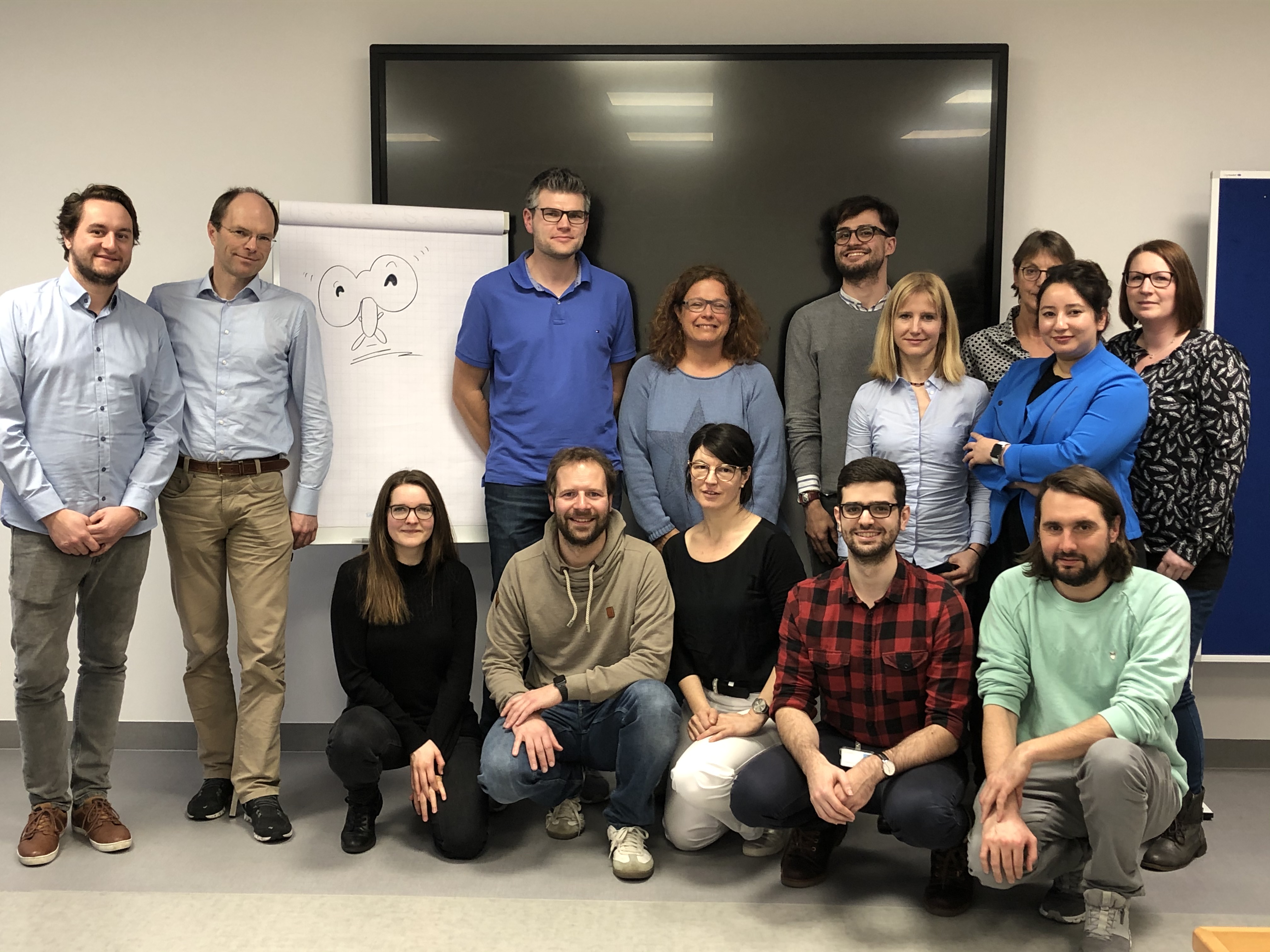 Since 2007 more than 3500 patients have been treated at the Tinnituscenter of the University of Regensburg. All data from these patients have been systematically assessed and provide the basis for a large international clinical database.

Even if the research activities of the Tinnituscenter Regensburg comprise the whole range of clinical tinnitus research, there are two core research fields in Regensburg, which are Neuromodulation and E-Health.

The focus of the Neuromodulation group around Martin Schecklmann is the development of brain stimulation methods for tinnitus by performing clinical studies and basic research.

The relatively newly founded WG eHealth around Winny Schlee tackles new projects in the eHealth sector worldwide with a focus on apps and smartphones. In addition to the main product, the App “Track Your Tinnitus”, many further apps have been developed. The in-depth analysis of the resulting data from "crowd sensing" via app-based research, but also of the Tinnitus patient database play a major role in research.

Another increasing area is the research of so-called auditory stimulation, i.e. the application of specially generated sound signals as a treatment option for tinnitus; this has already proven to be effective in relevant studies. Here too, the Regensburg researchers can demonstrate expertise.

The research activities of the Tinnitus Center Regensburg resulted so far in more than 200 peer reviewed Journal articles and several book projects, among others the Textbook of Tinnitus.

In addition to local research activities, the Tinnitus Center Regensburg aimed at establishing international research network. Since its foundation in 2006 by Matteo de Nora and Berthold Langguth, the Tinnitus Research Initiative (TRI) has been aiming at bringing researchers and clinicians from different nations and backgrounds together in order to facilitate the development of new treatments. With the help of Susanne Staudinger and Axel Schiller, the TRI organizes a large Tinnitus Conference every year. In the last years the international research activities were further supported by three projects funded by the European Union. The COST Action TINNET, coordinated by Winny Schlee established a PAN-european Research Network on which the ESIT project, an international tinnitus training school, was based. Both projects were flag-shipped as success story by the European Union. Several weeks ago, UNITI, a large research project in the framework of Horizon 2020, was started. UNITI aims to provide the basis for a more personalized treatment of tinnitus in the future.